One year ago today: 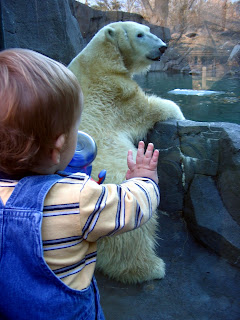 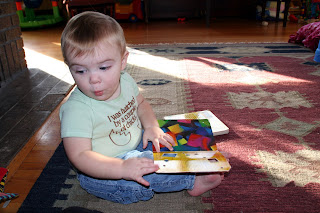 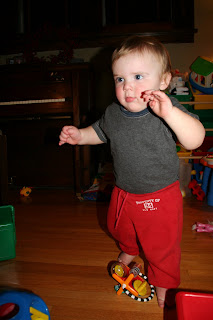 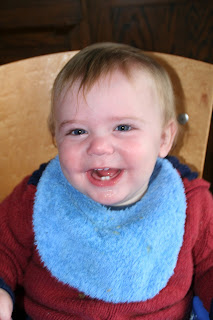 Two years ago this month: 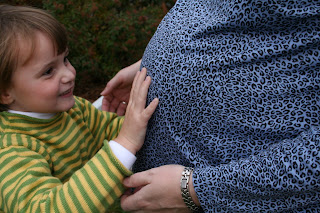 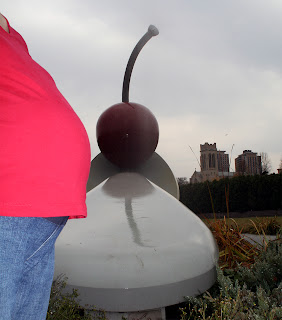 So, we're shopping for birthday presents, dear son!! And probably having as much fun doing it as you'll have with a few new toys.

There are three strong themes for this past month: language, lifting and, as if to warn us for the incoming twos, hoarding.

Your language exploded this month. It seems, literally, like a month since you were saying a handful of words. Now you say just about everything and even, once in a while, string together a couple of words. For example, one of your favorite thing to say is "UNT ___!" which translates into "I want ____" fill in the blank.

You have a penchant for lifting what you perceive to be "BIG!" or "HEAVY!" things and bringing them over to us, or whomever will accept your token of affection. Since Seven (at two) would never have considered showing off her physical prowess, or be concerned with 'the weight of all things', this has caused another chink in my gender-as-constructed armor. There is just something in you that seems to make you more 'boy', although it is hard not to react to your dramatic lifting an announcements of all things heavy. Especially when you're on your third or fourth go-around and I'm sitting there with a lap-full of enormous trucks.

Lifting has gone hand-in-hand with hoarding. We went to the Children's Museum the other day and ended up in this huge room meant for playing with vehicles on ramps and roads that you could move around. Unfortunately, there were only four or so trucks there. We were doing fine until another person about your size meandered in. You FREAKED! "MINE! MINE! MY UCK! MY UCK!" I talked to you (in as reasonable a voice as I could muster) about sharing and gave you three of the little ones and the one HUGE one to the little boy. You continued to freak and practically terrorized the kid by chasing him around the room, all the while attempting to keep hold of (and at one point even hide) the three cars you actually had. "MINE! MINE!"

And then, when it was time to leave the museum (or Elmo, as you had come to call it due to the enormous signage out front) you threw yourself on the floor and, as I went to scoop you up, bit me on the arm, leaving loving little marks that I can still see and feel today.

We love you, sweetie.
Mama and Baba
Posted by giddings at 5:07 AM