On December 20th 1989, after seven four hour finals (literally) at the U.S. Air Force Academy, a couple of military police asked me in for questioning about some "acts of homosexuality."

This was before Clinton's infamous Don't Ask Don't Tell Policy was enacted (which was intended to help gays in the military but ended up making it worse -- there were more discharges after DADT than before) and so I was relatively lucky: I didn't have to go to jail after admitting that I had, in fact, kissed a girl.

The repeal of DADT happened 21 years later, almost to the day and, naturally, I have some mixed feelings.

Of course, I am thrilled that the discriminatory policy is over, but like desegregation in schools and measures that allowed women into previously male-dominated workplaces (the military academies, for example, only let in women for the first time for the graduating class of 1980) I don't envy those first groups of individuals to live in the new policy. That last class of men at the Air Force Academy, for example, have in their 1976 class ring a saying "LCWB" which stands for "last class with balls".

And, of course, the repeal is bringing forth ghosts of Christmas past.

Whoever let a 20 year old young woman drive to Denver from Colorado Springs, after having been told that she was being kicked out of college in the middle of her junior year, and that she would have to go home and tell her family for the first time that the cause of this eviction was her potential sexuality should be given a life sentence.

I'm surprised I made it.

And, as you probably suspected, I did not exactly receive a warm reception from my family.

But life has it's ways doesn't it? Those right-hand unexpected turns tend to teach you the most and I'm convinced that we can't always know what is best for ourselves, making omniscient decisions at age 17.

Well, as Cousin put it on Facebook, I would never have had the opportunity to do her dishes in our communal apartment in Lincoln Nebraska had the discriminatory been repealed 21 years ago.

And I would not have known virtually everyone in my life right now.

I am so thankful for that.
Posted by giddings at 7:37 AM No comments: 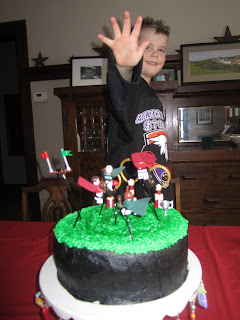 Happy Birthday Big!
Posted by giddings at 8:18 AM No comments: