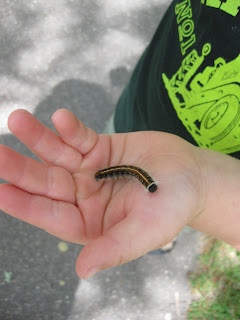 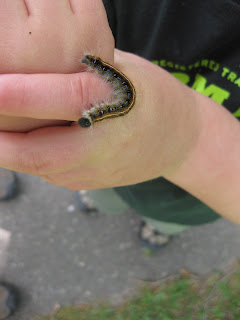 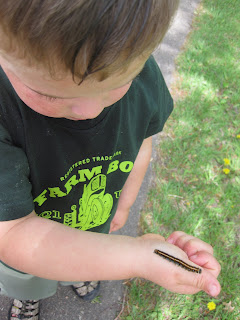 Posted by giddings at 7:07 PM No comments:

My mom died when I was nine.

That morning, when my older brother told me that she had passed, a gloomy Friday in October, remains one of the single most defining moments of my life.

All of my memories huddle around that bold line: before and after.

Cousin and I will recount doings from our childhood and know our age based on if my mom was around in our memories. As in, "how old were we when we had that sleepover on your backporch and we pulled my cat up in a bedsheet?" "Oh, we must've been eight because that was when mom and dad were on vacation and I was staying with you."

I mark time by that day.

Once eighteen, I had been living longer without her than with her.

On the 25th anniversary (again, I am always surprised at the passage of time without her), I planted a cherry tree in the front yard (see it below a little five years later--it actually produces yummy sour cherries!). 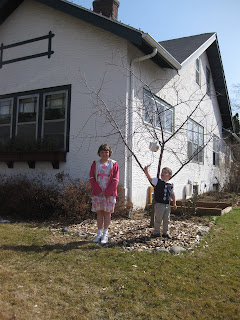 And this past year, when I turned 39, now with children of my own, ironically aged 3 and 9, I had lived (survived?) an astonishing 30 years without my mother.

Lately, in my rush toward middle age, I have been urgently, literally and metaphorically cleaning out the deadwood in my life.

We have this hedge in the backyard that you can see from space.

I mean that. I checked it out on Google Maps.

Anyway, the hedge had gone for for years without much attention. An annual trimming here or there, but no real clearing of the deadwood. No raking of the dead leaves. No opening, no renewing.

This year, I find myself inside the hedge. Tugging out the dead, opening up space for new growth. Bagging lots of leaves.

We had about 10 bags of lawn waste the other day about which neighbors commented relentlessly.

At a little BBQ, I began burning some of this wood. The pieces are awkward, bent and ill-fitting in the little firepit, so I have to be on constant vigilance, hand on hose, for stray fires in the surrounding area.

We had s'mores at the end of the night, for Big, his first. He loved the combination of fire, hot marshmallows, melted chocolate and graham crackers.

As I toasted his, I remembered my mom fawning over the most charred ones, gobbling up all of my mistakes as though I had produced a Renoir or a short story by Tillie Olsen for her to savor.

Then it dawned on me: she couldn't have loved my charred marshmallows. . . At least not at the Taylorist, scientific management rate at which I produced them.

She just loved me and eating those blackened marshmallows was just one of the many gifts she gave me during our short time together.

So here is a toast to all those mothers out there who are eating burnt marshmallows, or chewing ABC gum, or enjoying open-mouthed-snotty kisses (BioMom got one of those this morning!) or faking surprise at breakfast-in-bed, or sacrificing their alone time, or putting off their careers to spend time with their kids when they are young, or pining for dandelion bouquets and all of the other small and large sacrifices that translate into small and large gifts that may not go appreciated until they grow up and stop to recognize what had been given.
Posted by giddings at 7:59 AM 3 comments:

Sorry for the lack of posts. I've been suffering from some sort of midlife trauma that has taken me off course. Cousin is here now though and life seems to be moving back to some sort of normal, whatever that is.

Yesterday Nine, Big and I wandered over to our local coffee shop for French Sodas (them raspberry and cherry and me cherry/lime) when Big noticed a dalmation and his pal with their human owners a couple of tables down.

Big: Are those guys yours?

The stranger: Yeah. Is that woman yours? (pointing at me)