I just received this from a great colleague:


A female humpback whale had become entangled in a spider web of crab traps and lines.

She was weighted down by hundreds of pounds of traps that caused her to struggle to stay afloat.

She also had hundreds of yards of line rope wrapped around her body, her tail, her torso, a line tugging in her mouth.

A fisherman spotted her just east of the Faralon Islands (outside the Golden Gate )
and radioed for help.

Within a few hours, the rescue team arrived and determined that she was so bad off, the only way to save her was to dive in and untangle her -- a very dangerous proposition. One slap of the tail could kill a rescuer.


They worked for hours with curved knives and eventually freed her.

When she was free, the divers say she swam in what seemed like joyous circles.
She then came back to each and every diver, one at a time, nudged them and pushed gently, thanking them.


Some said it was the most incredibly beautiful experience of their lives.

The guy who cut the rope out of her mouth says her eye was following him the
whole time, and he will never be the same.


May you, and all those you love, be so fortunate...
To be surrounded by people who will help you get untangled from the things that are binding you.


And may you always know the joy of giving and receiving gratitude.
Posted by giddings at 9:34 AM No comments:

As you may have noticed, I changed the format of the blog.

It was an accident, really.

They sucked me in by offering new "gagets" and I am enough of a boy to think:

So, I went in to format, and picked a few gagets (only one of which currently shows up and it is the rotating classical children's book pictures) and all of a sudden I had lost everything (i.e. all of my links etc.).

So pardon the abrupt, somewhat unintentional changes while I'm under construction.
Posted by giddings at 6:51 AM No comments:

Overheard in Minneapolis this Morning

Baba, here's a plum for you!

A few minutes goes by then munch munch crunch crunch.

Um, I thought that was MY plum.

I'm just eating all the frosting off of it.
Posted by giddings at 5:48 AM No comments:

So I gave Big Brother No. 1 an iPod shuffle for his latest birthday mainly for the purpose of sharing with him Obama's first book which I was listening to at the time.

He's ancient, so I figured I'd simplify for him: put buds in ears, hit play, etc. But he surprised me like Big does with his ability to adapt to the technology and then, of course, want more.

Within the week I received a package from him that said something to the effect of "Great book! Now, can you put all of the songs from my favorite cd's on it for me?" [they were in the box as well, all accompanied by little post-its telling me why and how the 'albums' were relevant to his life such as "this album helped me to get over XXXX" or 'FAVORITE!' on the Brokeback Mountain cd. He is, after all, a gay man.]

He didn't have the computer or the know-how to do it himself, but he sure knew of what the little 1x1 inch machine was capable!

So here's love for you: downloading and loading cds like "Willie Nelson: Healing Hands of Time", "Classical Loon II" (this is a bunch of classical songs with Loon's calling in the background!?!) and, my personal favorite: "Paralyzed Veterans of America Presents Fourth of July Favorites."
Posted by giddings at 7:14 AM 2 comments: 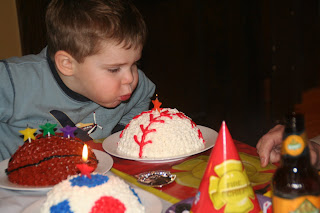 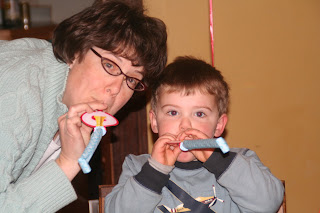 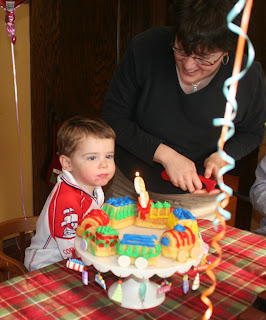 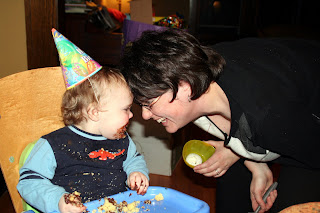 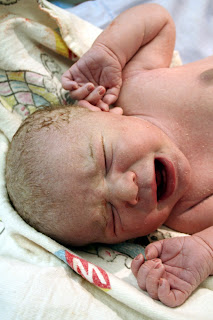 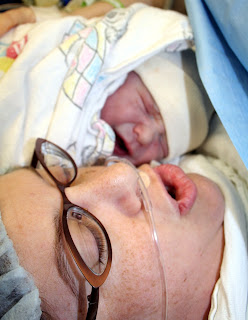 I Enjoy Being a Girl: Sexism Version Boy

So we're starting to experience the after-effects of society on the extremely-soon-to-be three year old (tomorrow!), one incident that I tried to address by ignoring, the other head-on.

The two kids, being siblings, get into quarrels, particularly in those evening hours just before dinner, at the height of exhaustion.

The other night I was attempting to put together some nourishment, when I felt it heating up in the living room between them.

At moments like these I really try hard to just ignore it. I've learned that often, when I get involved, I just make it worse. Besides, they need to learn how to deal with each other and forge out the relationship that is theirs.

But then I heard him say this: STUPID GIRL!

My immediate reaction was to go shake his shoulders and say that he should NEVER call ANY girls stupid. And, by the way, you're living with FIVE of them (if you count the cats). We could GANG up on you, you, you .... BOY!

By then the event was so far in the distant past that he had no clue of which I spoke.

Then, yesterday, we went on a family sled adventure down the 'big' hill.

I was kind of building it up for Big because he and I had gone alone down the big hill a day or so earlier and Eight and I were helping to make him feel important, as though he was showing her the hill for the first time.

I must have said something to the effect of her possibly being scared of the hill and that he could show her how fun it would be.

Then, when we round the corner to the hill, he says, quietly confident: She's scared because she's a girl.

You can imagine the Charlie-Brown-Adult voice lecture that ensued.

What is very different about this version of child-coming-of-age in terms of exposure to society than what I felt when Eight (then three) went through it, is that while the things he is saying are fairly offensive, and not very nice on a personal level, he's not saying them about himself, like she was. He is confident about himself. Wrongly, of course, because he attributes it to his sex, but confident none-the-less. When she was initially exhibiting signs of societal-exposure that were sexist, it was scary because she was saying, interpreting and seeming to take in all of these notions of what girls should be. For example, she would have said something like "I'm scared to sled down that big hill BECAUSE I'm a girl."

Of course, the two kids doing these things are like two sides of the same coin. Sexism girl version and sexism boy version. It just seems so much easier this time around. Like I can fix his perspective somehow, just by being me and living in a house with three strong women. Whereas with her, I was (and am still )not sure that I can completely shield her from being inculcated in this sexist culture and taking on all of the baggage that goes with it as a girl.
Posted by giddings at 12:50 PM 4 comments:

They Sure Look Ripe To Me

I never eat December snowflakes. I always wait until January. 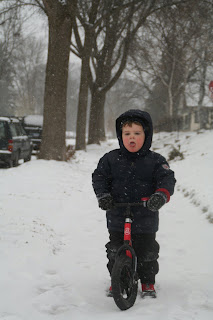 Posted by giddings at 1:25 PM No comments:

This is a must see!
Posted by giddings at 1:58 PM No comments: