Visions that Keep Me Up At Night 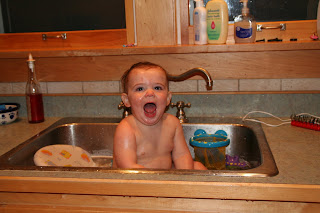 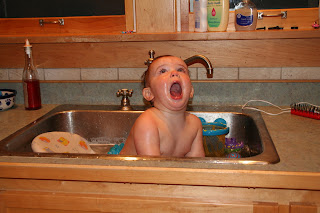 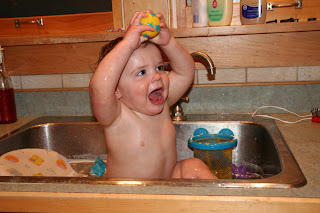 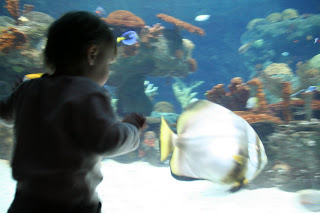 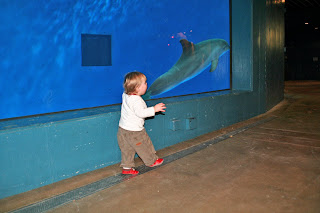 Or this could be filed under "How the kid stresses me out".

Or, "How do so many kids make it to their teens relatively unscathed?"

Last night we were getting ready for "[their last name]-bath." This is a greatly anticipated evening ritual where the kids bathe together. Big LOVES it. He gets to splash his (very tolerant, I must say) big sister, stick letters on the wall, and poke her belly button reservoir, filled with water from the bath (this part grosses me out completely as I hate belly buttons -- ask Cousin if you're wondering why. It's her fault I'm traumatized with that particular neurosis).

Last night we had lingered outside the bathroom and the water had reached an unusually high level in the tub (and, as we would soon find out, had become, well, not even tepid).

I was hearding Big toward the bath, ripping off his clothes as he toddled toward the tub.

Usually, I get some indication of his intentions. Say, a leg reaching toward the lip of the tub that I can easily redirect until we're all ready for his aquious entry.

This time, however, though I was no less than one foot away (12 inches!), I was unprepared to see him seal-flop his way into the full, quite chilly water, submerging himself like the dolphins we had just observed at the zoo.

I quickly grabbed him and held him tight. I don't know if his reaction was to the surprise of being submerged, or to the cold water.

We had recently visited the zoo so, maybe he was just imitating the fish he'd seen splashing through the water. In any case, I can't get the vision of him submerging out of my head and the look in his eyes when he realized it was actually WATER in the tub!
Posted by giddings at 1:17 PM