While Upnorth (I'm adopting this as one word not unlike how Newyorkers might say Upstate), we found this awesome beaver dam while on a hike! 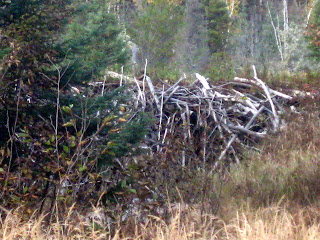 The beavers had, incredibly, created an entire pond that, apparently, wasn't there before. You could see signs for blue diamond cross-country ski trails nailed to trees that were flooded by the water. Here's a picture of the den from a different perspective. The above picture was what I will call in front and below it, while the below picture was above and, sort of, behind it. 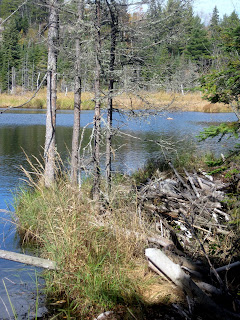 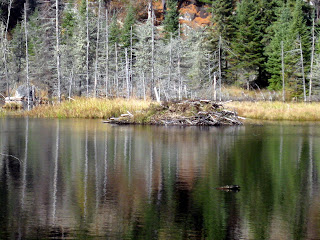 There was beaver scat everywhere which we couldn't help but pick at with sticks only to find bones, bugs and all other sorts of goodies that had been through the beaver's digestive system. Big and Nine were enthralled.

As a souvenir we took a particularly gnawed-on trunk that must weigh at least eight pounds. You can see from this picture that it was gnawed on at both ends AND in the middle. Big carried it in to school today for show-and-tell! 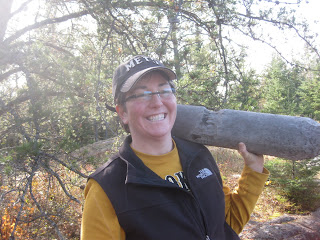 That is the coo-lest thing.