The day after the wedding we all woke up quite late (11) but it felt like 8 so we were all quite discombobulated. The light there is strange, like Alaska I suppose, not quite getting dark, and never quite seeing full sun. The reception was on the bottom of Loch Erne and a "quick drive" around the Loch led to Belleek (a little china maker who produces the little shamrock pottery which all members of my family collect*) and Ballyshannon.

My grandpa is from Ballyshannon Ireland.

I never met him, and have heard only a few stories about him, most of them from Cousin's mom. He died when she was 11.

After Bellek, we headed over to Ballyshannon to check out grandpa's digs. 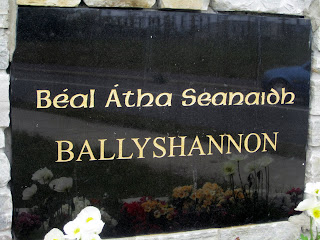 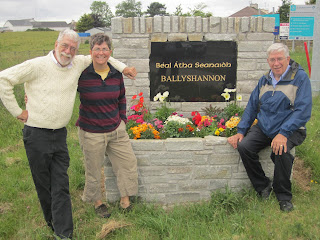 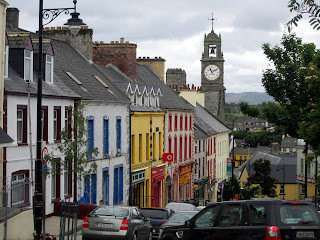 A few years ago, my brother visited Ballyshannon and went to the Courthouse to see if he could find any information about our grandpa. Apparently the name John Francis Burke is like John Smith here, so there were a kagillion of them.

We went on to get a glimpse of the rugged West Coast at Donegal and spent the afternoon snacking and wandering through the city. 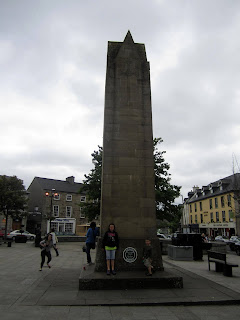 On the way back to Omagh I saw a sign for the Drumskinny Stone Circle.

I'm a nut for these ancient druid circles that are scattered across the country.

"There are approximately 1,000 stone circles and 80 stone henges in Britain and Ireland.[2] The French archaeologist Jean-Pierre Mohen in his book Le Monde des Megalithes says: "British Isles megalithism is outstanding in the abundance of standing stones, and the variety of circular architectural complexes of which they formed a part...strikingly original, they have no equivalent elsewhere in Europe — strongly supporting the argument that the builders were independent."

At about the third one that I demanded we go out of our way to see, Ten wondered why these were so interesting to me. It's hard to explain why the existence of intelligent life three or four thousand years ago is so fascinating to a ten year old. 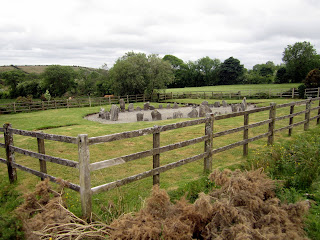 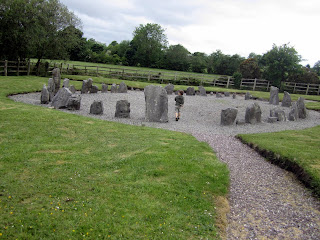 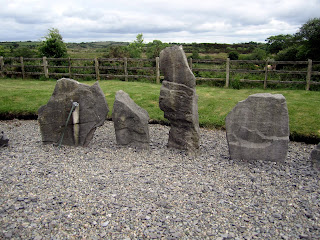 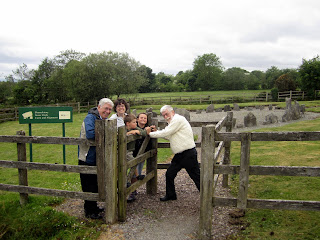 *Cousin and Cousin's Mom: Yes! I got you both small toys!!
Posted by giddings at 5:54 AM