RE: The SYO
This afternoon I was playing school with the SYO. In an unusual turn of events, she actually asked ME to be the teacher.

Being the absolutely un-creative person that I can be at times (especially when I'm tired and one becomes especially tired when an 11 month old gets up at 6 a.m.), I decided to teach a little economics.

She got the whole people-buy-more-when-the-price-falls thing (i.e. the law of demand) without a glitch, but when I went on to compliments and substitutes, it got a little more interesting.

So, what do you always eat with your ham sandwiches?

Okay, so let's say that the price of ham sandwiches increases.

So, will you buy more or less Cheetoz?

RE: Big
So as of Tuesday (the 14th), he is officially walking. I was standing in the kitchen, and he just walked right out from the living room. Something shifted; he no longer looked to the next stable thing to hold him up. As BioMom said, it was like riding a bike. He figured out the balance and just took off.

That is not to say that there aren't spectacular falls.

MO4 (That is "Mother of Four", who debutes in the blog today and who is soon to be a major player in Big's life as I transition back to part-time teaching at Macalester this spring) was over yesterday and Big was all puffy-chested, showing off his new skills. The SYO and her pal, FoF (Four-of-Four) headed into the back room to get some coloring tools when Big just took off following them as if to say:

Look at me! I can follow the big kids now without ANY help!

He was obviously extremely proud of himself, when suddenly: BAM! BANG! and from the SYO: MAMAAAAAAA

She and I crashed into each other, me running toward the room they were all in, her running out of the room, leaping over the fallen, Big, who was in the midst of that terrifying moment of open-mouthed silence before the wailing is unleashed. Mo4 and I scooped him up and held him out for a little head-check, only to find NOTHING. Not a bump or a scratch.

What the hell? I wondered. You'd have thought he had a hole in his skull by the sound of his screams.

What? Could this be true? I thought.

Mo4, matter-of-factly: Yeah -- he was so proud of himself, showing off for me! It's just his pride.

Relief and astonishment from me. This seems like such a boy thing. I never saw that kind of a reaction from the SYO. Either she was hurt or she was fine. She was rarely embarrased by a fall! And, how could our little baby boy have turned into a boy with real 'boy behaviors' so soon? 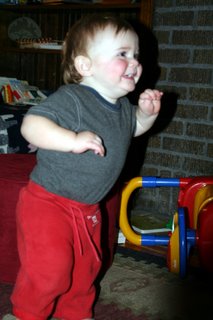 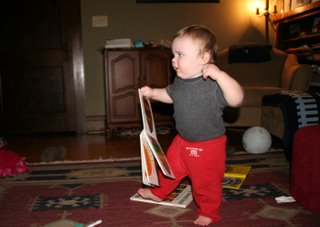 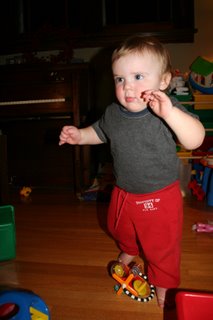 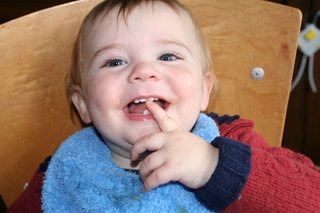 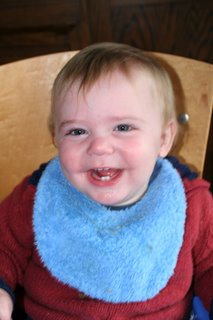 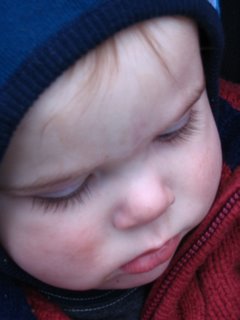